How not to drive a car!

Stop!!! Your eating too much

[pro-player]http://www.youtube.com/watch?v=aEwPqZQcTs8[/pro-player] Thats why your fat woman!!!!

Rule: Watch your back when robbing a bank!

You want to play a game?

Dude that isn’t a Pentagram…..

you need to count the number of points…..

Driving, Your doing it wrong!

How not to commit arson!

what a twat! i know walkabout pubs are terrible but he didn’t need to be so bad at arson!

Your playing Football not Rugby!!!

How not to smash a bottle of vodka over your head!

The British Government and Prime Minister

That Gordon Brown can spare some time to talk about…. Russell Brand and Jonathan Ross for making a joke about Russell brand possibly shagging Manuel’s, from Fawlty Towers, Granddaughter! 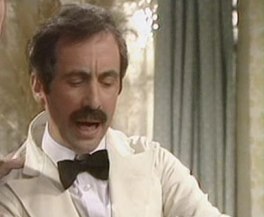 With the British pound now at $1.50 odd and dropping fast

The UK in recession with the rest of the world following…

Its nice to see a story about

A man who cannot pronounce the letter R

being commented on by the man who is supposed to be getting us out of this mess!

How to fail at parkour!

That’s a broken rib right there!

Review: Goats fail at running away!